With youngsters like Shai Hope and Shimron Hetmyer moving up the ranks quickly, the Windies can hope to add a third World Cup trophy to their cupboard, feels Dwayne Bravo.

The next edition of the ICC Men’s Cricket World Cup will be played in mid-2019 in England and Wales.

The Windies, currently placed ninth in the MRF Tyres ICC Men’s ODI Team Rankings, had to qualify to play in the tournament they won in 1975 and 1979, and might not figure in most people’s list of favourites to win the tournament. 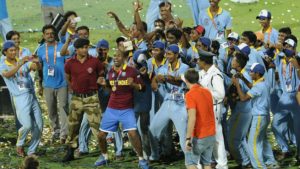 However, Bravo, who retired from international cricket in October, feels that not just the Windies, but even a team like 10th-ranked Afghanistan, have the prospect to win the tournament.

It’s a very young team, and the likes of Chris Gayle, Marlon Samuels will be the senior players. Although the team hasn’t been selected yet, but I think they both will be there. Jason Holder, the captain,” pointed out Bravo.

“With those, young talents like Shai Hope, Hetmyer … they have a lot of talent and they reveal that in the short time that they have been playing. It’s just a matter of supporting those talents. They have a chance. Everybody has a chance going into the World Cup.

Speaking excitedly about Afghanistan, one of the two new Test-playing countries along with Ireland, Bravo added, “I think their cricket has got to a different level. It’s going to be a thrilling World Cup as always and everybody has a chance to win it. But those young players will definitely set the stage on fire.”

My game is very basic and simple, build around my strengths

Bravo, one of the premier short-format all-rounders in the game when at his peak, quits the game after playing 40 Tests, 164 one-day internationals and 66 Twenty20 Internationals, but continues to be a much-in-demand T20 freelancer. A total of 451 wickets and 6023 runs in the format does that. 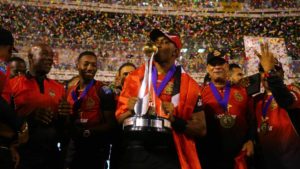 He has played in leagues in the Caribbean, in India, as well as in England, Pakistan, Australia, Canada, and now in South Africa. He has achieved a lot in T20 leagues around the world, but the desire to win more and more hasn’t diminished.

“Nothing changes. My game is very basic and simple, build around my strengths. The only thing that changes is the wish to win more tournaments,” he said.

“PSL. I have never won PSL. I played once, the very first year. The next two years I was injured and missed out. Hopefully next year I’ll be fit and have the opportunity to play again. So PSL is one tournament on my radar to win.